India, today the sixth-largest economy in the world, has had a feat of profound growth and development in the past quarter-century. It has strengthened its IT sector, platformed a neck-to-neck competition with developed nations, and empowered the country to build a firm stand on the global stage. But this rapid growth curve has also presented the government with critical considerations around supporting the energy needs of its expanding population through the rooftop solar system and taking note of the environmental concerns of its land mass.

Currently, coal electrifies over 70% of India’s homes, but as Prime Minister Narendra Modi has pledged to produce more solar and other forms of renewable energy by 2030, this figure is likely to decrease. Quite honestly, India’s coal reserves will struggle hard to support the country’s billion-number population. Besides, a tropical country like India is more vulnerable to environmental mishaps like climate change, melting of the ice glaciers, increasing carbon footprint, changing monsoon patterns, and so on. The country’s population has already started feeling the impact of the same.

Solar is the salvation for India’s energy demands

If we want to meet the goal of 24/7/365 electricity for every citizen while maintaining our global carbon footprint, the best solution is to invest in solar energy. With India’s climate, harnessing the power of sunlight to meet the country’s growing energy needs is not a turbulent task. As per a report by the Council of Energy, Environment, and Water, India currently has a 100GW capacity of installed renewable energy with 40GW of solar power. Per the Paris agreement, by 2070, India needs to increase its solar capacity to 5630GW to become a net-zero emissions nation.

Contemplating the same, PM Modi informed how India plans to increase its non-fossil energy capacity to 500GW at the COP26 climate summit in Glasgow. The arid state of Rajasthan, with Bhadla Park’s 325 sunny days each year, is the perfect spot for the commercial solar power revolution in the country. Indian authorities are capitalizing on expansive deserts and sparsely populated regions to build solar grids and panels that are monitored by humans and maintained by robots.

India is home to 1.3 billion people and is well-speculated to take up China’s position as the most populous country in the world. While India’s voracious approach to solar energy supported by a leading line of the best solar panel companies is a way to support its swelling population’s energy needs, it is imperative because of its vulnerabilities to climate change. As per International Energy Agency (IEA), India is set to add a power system the size of Europe, but the government is more looking toward tackling issues with polluted air quality in big cities.

Annually, India receives 2600-3200 hours of sunshine. As per experts, regions receiving global insolation of 5 kWh/m2/day and beyond can generate 77 W/m2 of electricity at 16% efficiency. Therefore, 0.1% of the land area identified as solar hotspots in India can deliver up to 146 SPV-based electricity (379 billion units). Moreover, this power generation can be further improved with advancements in SPV technology.

India’s potential for solar energy generation is immense since 59% of its total land area receives global insolation of 5 kWh/m2/day. However, as a densely populated nation, India needs to consider the availability of land for solar setup in some parts and investigate it further. India states of Rajasthan, Uttar Pradesh, Andhra Pradesh, Maharashtra, Karnataka, Tami Nadu, Bihar, and Gujrat record the highest per capita energy consumption. As most solar hotspots are recorded in these regions, it could reduce the energy transmission losses incurred and relieve the stress on its power grids.

The road to solar: Countering challenges along the way

Even with so much appetite and investments around solar energy, experts believe that the country-wide installation and knowledge around renewables will take some time. Until then, coal will remain a critical part of the energy mix for the country’s citizens. 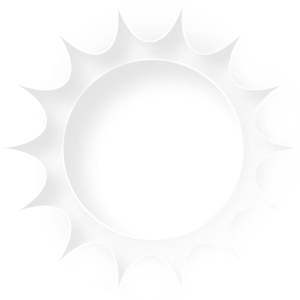